According to Andrea Pearson, her new book got its start when an old skeleton key sparked her imagination as a child. Pretending the key had the magical power to open any door, she spent hours playing with it. In "The Key of Kilenya", Jacob Clark, the teenager who is the center of the story has to find a similar magical key. The first of a planned series, the story sounds exciting, and I have to say I'm looking forward to reading it!

Andrea graciously agreed to talk with us about her feelings on music and  books.

You told me [in an earlier correspondence] you like to listen to music when you're writing. Does it matter what's on? Do you find that it influences your creative process?


The music I listen to definitely affects my productivity while writing. If I listen to songs that are too bouncy, or upbeat, I get distracted by them and want to “move to the beat” rather than focus. But, if I listen to my “thinking” music, I have no problem staying on task. “Thinking” music is anything which influences my creative process and helps the words flow. I like soundtracks the best: Narnia

, Lord Of The Rings

, most anything by John Williams

cd (and all his other stuff, too).

Do you ever listen to a song and associate it with a particular character, or book you've read? Can you share any with us?

– I think that’s almost a given, considering Stephenie’s love for this band. Also, songs from the early 1900’s – the dissonant ones – remind me of Ayn Rand’s book The Fountainhead

What is your favorite type of music when you're not writing, just listening?


Almost anything! I tend to stay away from anything that is hard, crass, vulgar, etc. I like happy music – uplifting music – and don’t really have a favorite band or group.

Can you tell us about your book? What is it about, and when will it be out?


It’s called The Key of Kilenya, and is the first book in the Chronicles of Edana series. It’s about a fourteen-year-old boy named Jacob who lives in a small town in the Rocky Mountains and is unaware of a gateway near his home which leads to the world of Edana. He also doesn’t know he possess powers. Edana knows of his abilities, however, and the people who live there are in a rush to get him in their control, including the Lorkon—evil, nine-feet-tall people who will destroy anything that stands in the way of getting what they want which, of course, is Jacob, and the magical Key of Kilenya.

It comes out July 6, 2010 – only a few short weeks away! If anyone wants more information, they’re invited to check out my website: http://andreapearsonbooks.com

The "Key of Kilenya" isn't on Amazon as of this post's publishing date, but you can preorder a copy from the publisher, or a signed copy through Andrea's website.

Lord Of The Rings
Casper
Stardust

Thanks so much for interviewing me, Jen! It was fun. :-)

Thanks for talking with us. Good luck with your book!

Promote Your Page Too

Clips of the Songs 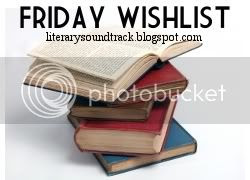